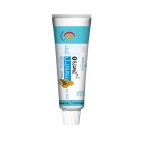 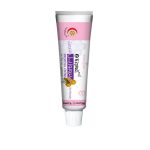 In ancient times, it was said: “Man is Self Doctor”….as it’s an old words of wisdom that embodies the essence of human experience along ages, so all clues leads to verify that saying and to emphasize its genius so it was a must for us to keep that in mind while we offer our dearest customer’s “Mujeza cream – Propolis”, which stand as one of the best natural cream that is capable of treating eczema and to stop it’s spread. The story behind the lunch of this miracle cream was confirm actually on the reality that the “man its self doctor”.

The beginning started when the company chairman was in infected eczema in fingers of both hands and toes, naturally he hurried up to many doctors and tried many kinds of medical drugs available for treatment of such eczema but without avail, he started jumping between different known treatments and drugs from Chinese, Indian, Arabic, Egyptian and Ayurveda, he also tried different kind of medication that relies on certain diet and he visited many specialized clinic for eczema in London, Frank Fort among others where he was subject for treatment in special kind of herbs, he also tried many kinds of creams from different herbs shops in Kuwait and Saudi but all that was useless in the treatment or even to stop the spread of eczema. Finally the man found what he was longing for in a cream that could stop the spread of the disease during the early stages of treatment and then was able to eliminate the disease totally where all symptoms vanished completely. With this huge success in the treatment of eczema and before the company presents the product to customers, the CEO decided to experiment the cream furthermore on different groups of people infected with eczema to verify its effectiveness and the treatment of that disease and also to make sure that amazing results he experienced himself does not present an individual case but it’s the base of the genuine characteristics and medical capabilities distinct this cream and makes it capable of treating different kinds of eczema efficiently, moreover, it was decided along with production management to market this cream carrying the name of “Mujeza Cream-1 Propolis”.

As the Company desires to contribute with the treatment of all who suffer of eczema, Mujezat Al-Shifa Co. presents to its dearest customers “Mujeza Cream-1 Propolis” one of the best natural creams ever that treats and stops the spread of eczema. Although this cream is not a medical product, it is unique with natural components extracted from marine life enhanced by some additives from Honey Bee Kingdom, as well as its absolutely Free of Cortisone or any other harmful chemicals; it is used also as a skin moisturizer.