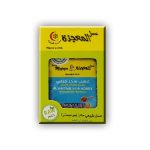 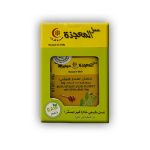 From cell to Box

On the scent of the flower and its refreshing taste and flavor of honey and on its efficacy in the treatments and its antioxidant properties and on its effective strength in the elimination of and viruses germs, also retains its nutrients of minerals and enzymes and its characteristic in detoxification of the body and protect it from diseases.

Sidr Honey not pasteurized (saturated green) natural honey unpasteurized raw from the cell to the can natural raw honey (unpasteurized) from the cell to the ALBBEB • Untreated • Non-heated • Not filtered so this honey may take shape (freezes) partially or completely and turns into granules or fat, and it’s okay to eat it. For a shape but after mixing with a spoon, or placing the can in a boiling water container for about an hour, and after melting the can be placed directly for an hour in the refrigerator because the persistence of the presence of heat in the honey the benefits of Sidr honey cancer Prevention of the disease of Sidr Honey plays an important role in preventing injury With cancer as it inhibits the growth of cells of cancer cells in humans and animals. In addition, it is also used to treat cancer because of its inhibitory properties for the growth of its cells. The results of a study conducted to assess the effect of Sidr honey on the growth of cancer cells revealed that Sidr honey has the latest tissue changes in cancer cells as it has affected their growth. Treatment of persistent constipation The mountain Sidr honey is able to treat cases of chronic constipation that lasts for a long period of time. The efficacy of the cedal honey has been compared with the actose syrup known for such cases, and the mountain Sidr Honey has shown its superiority over the actose in the treatment of chronic constipation. Resistance to Albktiriaazhert growth results many studies performed to ensure the efficacy of Sidr honey in the fight Bacterial growth, the ability of Sidr honey to fight the growth of pathogenic bacteria very effectively, because it contains a high percentage of osmolate, low ph level, and also contain many antioxidants such as: Lyzozym, hydrogen peroxide, flavonoids, and phenolic acids.